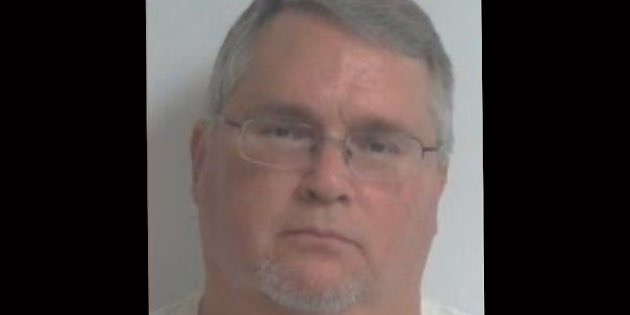 Jeffery was communicating online with what he thought was a juvenile female, according to the U.S. Attorney’s Office, Middle District of Georgia.

In October 2019 the FBI received a cyber-tip from the Louisiana Bureau of Investigation (LBI) about the possible online sexual relationship between the juvenile and an adult man based in Monroe, Georgia.

Investigators discovered Jeffery was exchanging messages from February 2019 to August 2018, thinking it was a 14-year-old girl, discussing various sexual acts in detail, including molestation by her father, and exchanging nude photos of the minor and seven other photos of what appeared to be minors.

Jeffery, who worked as an attorney practicing in the areas of child support, adoption and family law, sometimes communicated with the victim from the child support office located behind DFACS in Covington, Georgia and while he was at church.

In actuality, Jeffery was unknowingly communicating with the girl’s father, who was molesting his daughter and posing as her online, sending pornographic images of her to Jeffery. A search warrant executed at Jeffery’s home recovered multiple electronic devices with numerous images and videos of child pornography, including prepubescent minors and items portraying the sexual abuse of an infant or toddler.

Walton County Probate Judge Bruce Wright told Channel 2 News that he inherited Jeffery as an associate probate judge from the previous administration and that he had handled about one estate case for him a year for the past six years.

“A GBI agent and an FBI agent made me aware of (Jeffery’s charges) prior to the morning of his arrest,” Wright told Channel 2. “I was sad, I was hurt and I was mad all at once.”

Jeffery’s appointment as Special Assistant Attorney General (SAAG) was immediately after hearing of the arrest, according to AJC.

“I believe this multi-agency investigation ultimately stopped a deviant criminal, posing as a law-abiding judge, from doing additional irreparable damage to innocent children,” said U.S. Attorney Charlie Peeler. “Defendant Jeffery, who once swore to uphold the law, will experience the full weight of justice for his unconscionable crimes. I want to thank the GBI, LBI and the FBI for their excellent investigative work and partnership.”

Jeffery, 59, of Monroe was sentenced to 180 months in prison and ten years supervised release on Wednesday by U.S. District Judge C. Ashley Royal after pleading guilty on September 10 to one count of attempted online enticement of a minor.

“This case is particularly disturbing because it is an example that child predators come from all walks of life, even from a position in our justice system,” said Chris Hacker, Special Agent in Charge of FBI Atlanta. “Now, instead of sitting behind a bench judging right from wrong, Jeffery will be sitting on the other side of the bench in a prison cell paying for what he did wrong.”

Jeffery will have to register as a sex offender and comply with all sex offender requirements when he is released from prison. There is no parole in the federal system.

“One of the worst types of offenders we come in contact with are those that hold a position of trust in our community. This case proves once again there is no demographic for people who hurt children. When someone with whom we have placed our trust violates that trust in this manner, a child and a community are damaged,” said Vic Reynolds, Director of the Georgia Bureau of Investigations (GBI). “The GBI and the Georgia Internet Crimes Against Children Task Force will continue to work diligently to ensure all people who seek to harm our children and our communities are found and stopped.”

The case was investigated by the GBI, LBI and FBI. Assistant U.S. Attorney Lyndie Freeman prosecuted the case for the Government.