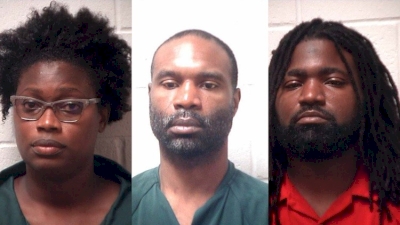 Here’s what we know about the case so far.

HENRY COUNTY, Ga. — The Henry County Medical Examiner says one of the two human remains they found on Monday in Henry County are in fact that of 23-year-old Mirsha Victor, who was reported missing earlier this month.

The day after she was reported missing, a police report reveals they found blood inside the home of one of the suspects charged with murder in connection to her disappearance.

Here’s what we know so far.

What we know about human remains found in Henry County

Officials say one of the remains, found in the area of Highway 42 near Campground Road on July 12, may be linked to a missing person’s case in 2014.

Police confirmed that the other remains were discovered in the area of Hudson Bridge Road and Oakwood Manor on July 19. At the time, they said these remains could possibly be 23-year-old Mirsha Victor, who was reported missing July 8.

Henry County officials were working with the Georgia Bureau of Investigations, using DNA and dental records to positively identify the remains.

Henry County Police and the GBI carefully recovered those remains and gathered evidence in the woods next to the Spivey Junction shopping plaza.

“We have some leads of additional, potential victims that we’re following up on at this time,” Lee said.

What we know about Mirsha Victor’s disappearance

Police say Victor was reported missing out of DeKalb County on July 8.

An account from the Henry County Police Department states officers were dispatched to a Walmart located at 1400 Hudson Bridge Terrace to meet with a DeKalb County detective about a missing person case the day after Victor’s reported disappearance.

Police say an officer advised the detective that he needed help getting connected with the homeowner of Victor’s last known location.

According to a police report, they were able to ping the 23-year-old’s phone at two locations — Kabobs on North Lake Drive in Lake City, where Victor works, and a location on Hudson Bridge Terrace.

Lake City Police officers found her phone inside a trash can at her workplace while investigating, but Victor never showed up for work, detectives said.

What we know about the suspects

Three people have been booked into the Henry County jail in connection with Victor’s case. Dennis Lane, Cleounsee Fisher, and Ronisha Preckwinkle are all facing a murder charge.

After police found Victor’s phone on July 9, Lane called it, asking to speak with Victor’s mother in person at his house. When the victim’s mother met with Lane on Hudson Bridge Terrace, police say they overheard him tell her “he was not a bad guy” and that “everyone was blaming him” for her disappearance.

Police say they tried to talk to Lane about Victor’s disappearance, explaining to him that his statements “didn’t add up.”

They escorted him to the back of a patrol car and continued the investigation, later discovering a white mattress laying on top of the dumpster across from Lane’s residence that appeared to have blood stains.

Authorities say they noticed blood on the floor, in the bathroom, and a missing mattress while executing a search warrant.

Lane is on the GBI’s Sex Offender Registry because of a conviction in Illinois for predatory criminal sexual assault.

Police have not released any information on how Fisher and Preckwinkle may be connected to the case.

What we don’t know

So far police have not released any details about what may link the other two people now in custody for murder in connection to Victor’s disappearance.

Authorities have also not released information about how, or if, Victor and Lane, Preckwinkle, and Fisher know each other.

11Alive is working to gather more information about the investigation.