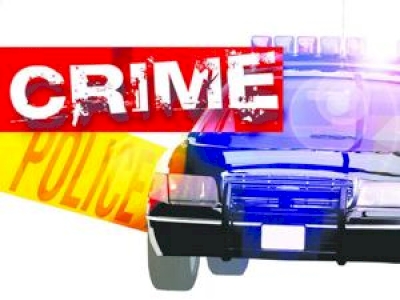 Those arrested in Georgia were charged with crimes pursuant to the state’s Computer Pornography and Child Exploitation Prevention Act of 2007. Additional charges are likely and other arrests will occur after analysis of seized digital devices, a news release stated.

Horn was released from the Paulding County Jail on an $11,200 bond after being charged with sexual exploitation of children, the Paulding sheriff’s office reported.

In Georgia, the 34 arrestees ranged in ages from 17 to 63. Some of their occupations included construction worker, truck driver, disc jockey, youth director and a restaurant worker, according to a news release from the Georgia Bureau of Investigation.

The joint operation, named Operation Southern Impact II, was coordinated by nine Internet Crimes Against Children Task Forces in those eight states and focused on persons who possess and distribute child pornography and those who are sexually exploiting children in other ways using technology and the internet, the news release stated.

A total of 13 children were rescued or identified as victims.

A total of 222 law enforcement and prosecutorial agencies, including agencies the Bartow, Douglas and Paulding sheriff’s offices and Cartersville police participated in the operation.

In Georgia, a total of 38 search warrants were executed and 12 knock and talks were conducted during Operation Southern Impact II. Law enforcement officers conducting the searches were looking for evidence of possession and distribution of child pornography using the internet as well as evidence of other child exploitation related crimes.

Six of those arrested in Georgia traveled for the purpose of meeting and having sex with a minor. There was one arrest involving “sextortion” which involves subjects that obtain sexually explicit photos of minors and then threaten or blackmail the victim for additional obscene images or videos, the release stated.

During the course of the operation, some of the investigations extended to other states including Iowa, Mississippi, Missouri, and Tennessee.

Investigators found instances in which arrested subjects, some of whom had no prior criminal history, were working in positions of trust or jobs where interaction with children is common.

There was an additional subject who had an arrest for a prior sex offense but was not a registered sex offender.

At least one foster parent with young children was arrested. There were also searches conducted where guns were found and illegal drugs were discovered.

Over the course of the operation, 196 digital devices were examined and 474 digital media and devices were seized as evidence.