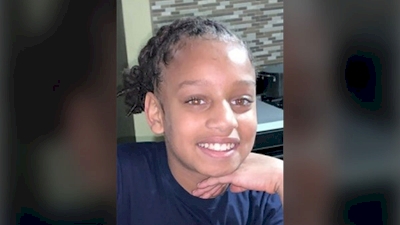 DAVENPORT, Iowa (KWQC) – A man named a person of interest in the July 10 disappearance of 10-year-old Breasia Terrell is now charged in her death.

He is expected to appear in Scott County Court virtually Thursday morning.

“While announcing charges is a significant step in this case, it is important to understand that bringing forth charges is not the end of the legal process, but just the beginning,” Walton said. “The case will now proceed to court.”

According to arrest affidavits released Tuesday, Dinkins on or about July 10 removed and confined Terrell from an apartment in the 2700 block of 53rd Street “with premeditation, malice aforethought, and intent to kill,” and fatally shot her.

Henry Dinkins is being charged in connection with the death of Breasia Terrell. STORY: https://www.kwqc.com/2021/05/05/police-to-provide-update-in-breasia-terrell-case-wednesday-morning/

During Wednesday’s press conference, the Davenport Police Department also recognized five investigators who have been working on Breasia’s case since her disappearance.

“I want to recognize our investigators who have spent countless hours over the past ten months working on this case,” Criminal Investigation Division Commander Brent Biggs said.

Posted by Davenport Police Department on Wednesday, May 5, 2021

“This case has been difficult on our investigators, and on their families, and it is due to their hard work and dedication that we are able to bring forth charges in this case,” said Chisholm, deputy division commander of the Criminal Investigation Division. “Because of their unrelenting effort, justice will be sought on behalf of Breasia.”

“I would also like to acknowledge Breasia’s mother, Aishia Lankford, who has been cooperative throughout this entire process,” Biggs said. “We cannot imagine the grief she has experienced and our thoughts and prayers remain with her and Breasia’s family.”