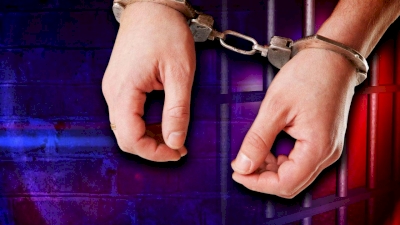 MACON, Georgia (41NBC/WMGT) – A retired Navy veteran from Dodge County was sentenced to ten years in prison Thursday, followed by ten years of supervised release, after pleading guilty to one count of Attempted Online Enticement of a Minor.

According to the plea agreement, on March 15, 2018, 56 Year-old Bryan Alan Asbell Sr. responded to an online post by agents with the Air Force Office of Special Investigations (AFOSI) posing as a 14-year-old girl living on Robins Air Force Base in Warner Robins.

The post read, “Nuthing 2 do after school, can you get on base? wanna hang out or chat? hit me up!” On the same day, Mr. Asbell responded, “Must ask age? I am a veteran 55yoa white male.”

The AFOSI undercover agent responded that it was a 14-year-old girl, and Mr. Asbell acknowledged the undercover agent’s age and continued to talk with the agent through email and text messages. Mr. Asbell discussed what he would do if they did meet up, and indicated he would perform sexual acts.

Mr. Asbell agreed to meet on Robins Air Force Base on April 5, 2018, when told that the undercover agent’s “mother” would be out of the house. Mr. Asbell was arrested when attempting to enter the meeting place, with a necklace and fast food as gifts for the agent he believed to be a young girl he was meeting for sex.

Mr. Asbell will also be required to register as a sex offender.