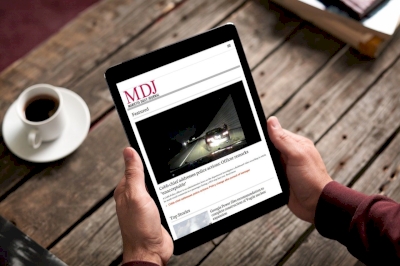 The left-leaning national media has been full of puff pieces about Georgia U.S. senatorial candidates Jon Ossoff and the Rev. Raphael Warnock, but the three broadcast networks, ABC, CBS and NBC, have ignored the recent news about the pair as the campaign draws to a close.

As of last week, as they ignored Hunter Biden’s increasingly concerning ties to China, they skipped Ossoff’s ties to China, in which a state-backed company made payments to him and which he initially failed to disclose on finance forms; the domestic violence allegation made about Warnock by his ex-wife in which she accused him of running over her foot; and the child abuse that was alleged at a church camp Warnock supervised, in which a camper said counselors poured urine on him and forced him to remain outside overnight.

And, last week, the same networks ignored that a rapper with a long history of sexually violent tweets and promoting rape headlined a rally for Ossoff and Warnock.

Is it any wonder that the news, as one CNN reporter last week admitted, would be “approached differently” under President-elect Joe Biden?

Department of Defense officials gave President-elect Joe Biden a quick reality check last week after the former vice president suggested the Trump information wasn’t giving his team all the information it needed during the transition period.

Turns out, the current administration was actually giving the incoming administration more than it requested, and that Biden’s bloviating was just political.

“The Department of Defense has conducted 164 interviews with over 400 officials, and provided over 5,000 pages of documents — far more than initially requested by Biden’s transition team,” Acting Secretary Chris Miller said in a statement. “DOD’s efforts already surpass those of recent administrations with over three weeks to go and we continue to schedule additional meetings for the remainder of the transition and answer any and all requests for information in our purview.”

The department also has responded to 188 requests for information to date and is continuing to schedule interviews with senior leaders and career officials into January, officials said.

Biden, clearly without evidence, said his team had “encountered roadblocks” and said it was irresponsibility” on the half of the Trump administration.

Vice President-elect Kamala Harris changed no minds of those who believe she’ll say or do anything to get ahead when she talked last week of celebrating the cultural holiday of Kwanzaa as a child.

“You know, my sister and I, we grew up celebrating Kwanzaa,” she said in a video message. “Every year our family would — and our extended family, we would gather around, across multiple generations, and we’d tell stories. The kids would sit on the carpet and the elders would sit in chairs, and we would light the candles, and of course, afterwards have a beautiful meal.”

The problem is, Kwanzaa wasn’t invented until two years after Harris was born and took more than a decade to become widely known. And the California senator grew up, after the age of 5, in a single-parent home with an Indian mother, and lived in Montreal from seventh grade through high school.

“Bet $100 that Kamala, & her Indian single mother, growing up in Montreal, had a better chance of celebrating Boxing Day,” said one tweeter.

The claim was similar to one she made about listening to music from Snoop Dogg and Tupac Shakur while in college, though neither one released albums until well after she graduated. Supportive media later said she was answering a previous question about the music she liked, not what she listened to in college.

No need for ICE?

Many Democrats are on record for wanting to abolish Immigration and Customs Enforcement (ICE). Indeed, one Democratic Georgia senatorial candidate, the Rev. Raphael Warnock, has spoken in front of groups holding signs encouraging it, and the other, Jon Ossoff, has campaigned with elected officials who have pledged to do it.

So does ICE do enough to earn its keep, or is just an impediment to open borders, as Democrats claim?

Well, in its end-of-year report, the agency said it had removed 185,884 illegal aliens from the country in fiscal 2020. Of those removals from the interior of the country, 92% had criminal convictions or pending criminal charges. Further, it made 103,603 arrests, of which approximately 90% had a criminal conviction or charge. Those included 1,837 homicide offenses, 10,302 sexual assault or sex offenses, and 37,247 assault offenses.

The agency’s Homeland Security Investigations sector, which deals with transnational crimes and threats, made 31,915 arrests, seized more than 1.4 million pounds of narcotics, confiscated 6,688 weapons, conducted 3,671 gang arrests, and identified and rescued 1,012 victims of child exploitation and 418 victims of human trafficking.