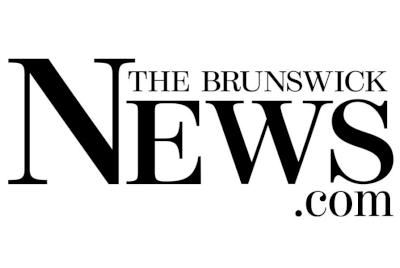 We all have a right to our own opinion, life priorities and the conclusions which we draw, but we don’t have the option of simply hypothesizing from different facts.

Minority voter registration not only spiked, but now exceeds its percentage of the state’s population. Voter registration does not always translate into turnout though. In metro Atlanta suburbs, and the centers of several of Georgia’s secondary population centers, though there is no party registration in Georgia, the Democratic Party and its nominees won numerous counties, precincts and local as well as state elected offices during the 2018 election cycle. Again, facts.

Though I look forward to a day when race is not a major driving force in Georgia or national politics, we remain a far cry away from there as yet. With all that stage setting, and my revulsion of conspiracy theories generally clear, I’d like to challenge one more. There is no ongoing orchestrated effort to reduce voter participation, registration or voting by minority or Democratic voters in Georgia.

It is county and municipal election superintendents across Georgia, and their oversight boards of election, who determine precinct boundaries, polling locations and hours of operation as well as oversee the tabulation of absentee, early/advance votes and all ballots cast on election day, after all polls have closed.

Much is being made of the potential removal and purge of more than 330,000 voter names from current voter rolls across our state. Georgia has nearly 10 million residents and more than seven million registered voters. Purging every two years, as required by state and federal law, typically removes the dead, those who have left a particular county, duplicates, non-citizens as well as those who choose, for whatever reason they have to simply not vote for a full four year period, and then not respond for an additional two year period when local election officials attempt to confirm their residency and interest in remaining a registered voter. Ten percent of registered voters would be well in excess of 700,000. Five percent exceeds 350,000. The prospective purge list is public and available for searching, as well as updating online.

Consider your own circle, and how many family and friends you have lost or who have moved from your community within any six year window of time. Voter registration is tied to your legal residence and domicile and is not automatic when you change addresses, however any Georgia voter can now go to the Secretary of State’s My Voter Page and update their registration and address information online and for free. That website, created by then Secretary of State Brian Kemp (now Georgia’s Governor) is second only to the automatic Motor Voter process when you receive or renew a Georgia Driver’s License in adding voters to Georgia voter rolls.

Georgia also set records in 2018 for early voting and absentee voting. Another fun fact is that the absentee ballot application have no space to indicate race or political party preference. The only opportunity to even draw such a conclusion is to select a ballot in a Democratic Primary or run-off, or for the election employee to conduct a manual/electronic cross reference search of their voter registration data base. That action leaves an electronic trail. As some have pointed out a disproportionate number of minority voters are on the proposed purge list, several demographers also acknowledge that minority populations tend to be more transient and more likely to move, changing residences as well as voting jurisdictions.

Yet with this proposed purge list up and available for several weeks now, there is only a trickle of activity, being reported by Georgia’s election superintendents, or coming in via the Georgia SOS My Voter Page via voter address updates. Where are the masses being intentionally removed, disenfranchised or somehow disabled from voting?

I will admit though, I still have my doubts about Jeffrey Epstein committing suicide, and I’m not clear as a convicted sex offender in Florida if he still had voting privileges in New York, but he did complete the requirements of his plea agreement, so he may have had his voting rights restored. I still would expect him to be on the Democratic Secretary of State’s voter registration purge list for the 2020 election cycle. As we all know he was already on Hillary’s list, right?

Bill Crane is a senior communications strategist who began his career in broadcasting and has worked at the state capitol and in Washington in both political parties. Contact him at [email protected].