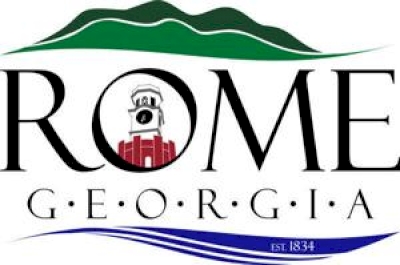 Cameras that snap pictures and send tickets to speeders in a school zone will likely be installed in front of Rome High School before the end of the year.

There are still several actions necessary to set it up, but a presentation on RedSpeed USA’s automated enforcement system drew support from board members at their Monday caucus.

Greg Parks with RedSpeed said the Georgia General Assembly approved the cameras in 2018 but the Georgia Department of Transportation just recently adopted the rules governing their use.

“They’re just going into effect now,” he told the board.

Two dozen other cities, including Duluth and Lilburn, are in the process of enabling the systems. Parks first went before the city’s public safety committee, which recommended the installation.

“We can’t always be all places at all times,” Police Chief Denise Downer-McKinney said. “This is just another avenue to safeguard our children.”

If the cameras are effective on Veterans Memorial Highway, she said plans are to install them next on Martin Luther King Jr. Drive, to protect the Main Elementary School zone.

Rome City Schools Superintendent Lou Byars and his director of safety and security Jason Self back the plan, said Commissioner Milton Slack, who chairs the public safety committee. Slack said the school board would also have to sign off.

Parks said a nine-hour test in front of Rome High turned up 274 motorists traveling at least 11 mph over the speed limit of 45 mph.

That’s the minimum speed a motorist could receive a school-zone camera ticket under the state law. Citations would go to the owner of the vehicle.

Park said the law is “more conservative” than an older, challenged, statute that once allowed speed cameras at red lights around the city.

The cameras may be on only when school is in session and GDOT must approve the permits. Fines are set at $75, with no points charged against the license. There’s also a license plate recognition component.

“An example would be for people who have temporary protective orders against them or registered sex offenders – people who shouldn’t be near the school,” Park said.

The system would be at no cost to taxpayers. RedSpeed would get 35% of the revenue from fines and Rome would get 65%, which must be used for public safety purposes.

City Attorney Andy Davis said the City Commission would have to adopt an ordinance allowing the use. A first reading could be as early as Aug. 26, with adoption in September.

Park said it would take about 90 days to get the GDOT permit and install the cameras. There would be signage and flashing lights where the technology is in use and a 30-day warning period where violators would just get a notice in the mail.

“This should be a surprise to no one,” he said.