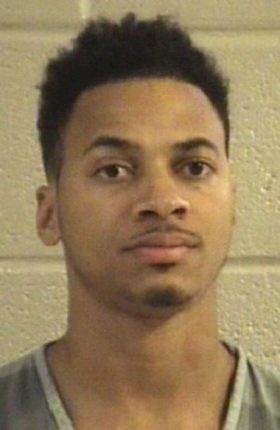 VARNELL, Ga. — A 30-year-old Dalton man who was found to have had sexual intercourse with a 15-year-old female in a vehicle by a Varnell Police Department officer in June pleaded guilty to statutory rape and was sentenced to one year in jail and seven years on probation.

Adams was in jail from the time of his arrest in June until being released in December. As part of his sentencing, he will get credit for the

time served. He is back in the Whitfield County jail. He also was fined $1,000, must pay court costs and fees, must register as a sex offender and abide by sex offender conditions, and perform 300 hours of community service upon his release.

Adams’ attorney, Anna P. Johnson, said the dropping of the other charges was because the 15-year-old told Adams she was 19. Johnson said Adams had no idea the female was a minor.

“Even the police were surprised when she told them how old she was,” Johnson said. “(Adams) immediately told the police he had no idea she was underage. It was a case that could have happened to anyone. He had no clue that she was underage. She admitted that to the police that he had no clue. He thought she was 19 and an adult. To me, it is heartbreaking, and he surely doesn’t need to be labeled as a sex offender for the rest of his life. But the law is the law.”

District Attorney Bert Poston wrote in an email that not knowing the age of the female was “no defense,” but the circumstances were taken into account in the plea deal.

“Actual knowledge of a victim’s age is not an element of the crime of either statutory rape or child molestation,” Poston wrote. “Mistake of fact about such age is no defense. Nevertheless, we routinely take those sorts of issues into account along with all of the other facts and circumstances of a case when making negotiated plea offers including both the terms of the sentence and what charges they will plea to and what charges will be dismissed.

“We felt that the terms of the plea in this case were reasonable under all of the circumstances and the victim’s mother agreed and supported the negotiated plea.”

According to a press release on the Varnell Police Department Facebook page at the time of Adams’ arrest, an officer responded to a call of “a suspicious vehicle … inside the Springs Subdivision off State Route 2.” The press release said the officer found a vehicle parked but with its engine running and “two occupants (male and female) inside engaged in lewd behaviors and activities.