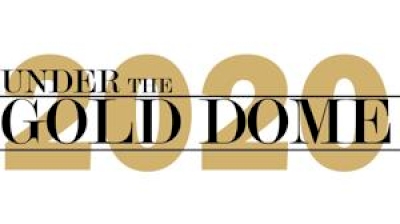 ATLANTA — Gov. Brian Kemp on Tuesday unveiled the specifics of a crackdown on human trafficking he proposed in more broad terms in last week’s State of the State address to the General Assembly.

Kemp asked the Legislature to support three bills that would tighten restrictions in existing state law targeting human traffickers and, in one case, implement a federal rule promulgated last year by the U.S. Department of Transportation.

When he took office last year, Kemp made going after human traffickers a high priority, citing Georgia’s unenviable status as a state with one of the highest rates of human trafficking in the nation. He formed a state commission to tackle the issue and installed his wife, first lady Marty Kemp, as one of three co-chairs.

“We’ve been working around the clock for the past year … fighting this fight to end human trafficking,” Gov. Kemp said during a ceremony announcing his bills. “These pieces of legislation represent a bold next step in this fight.”

The bills the governor plans to introduce during the coming days would:

Allow victims of human ♦ trafficking to restrict access to their criminal records. Victims caught up in prostitution networks formed by traffickers often have trouble finding jobs and/or places to live.

Close a loophole in the state’s sex offender registry law that does not require Georgians convicted of a felony for keeping a place of prostitution, pimping and pandering to register as a sex offender. The legislation also would criminalize improper sexual contact by a foster parent.

♦ Allow the state to revoke the commercial driver’s license of anyone convicted of trafficking an individual for labor servitude or sexual servitude, in accordance with a new federal rule.

First lady Marty Kemp said the need to add foster parents to the state’s improper sexual contact code was brought to the GRACE Commission’s attention by an actual case.

“There is no consent between a foster parent and a child in his or her custody,” she said. “The law needs to reflect that.”

“We’ve taken these opportunities to create legislation that’s going to truly make a difference,” he said.

“We care about the vulnerable, the forgotten, the hurting,” added Georgia House Speaker Pro Tempore Jan Jones, R-Milton, another of the commission’s co-chairs. “The perpetrators will have no safe harbor in Georgia.”