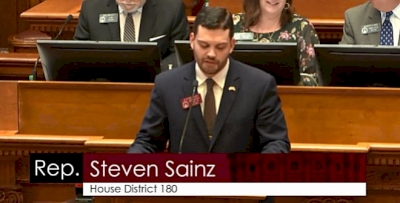 By Fred . . . Last October, in a lawsuit that was initiated and financed by NARSOL, Federal Judge Marc T. Treadwell ruled against Sheriff Long and other officials of Butts County, Georgia, by granting a preliminary injunction to stop the placement of warning signs each Halloween on the property of those required to be on the sex offender registry. Sheriffs and county officials “. . . should be aware that the authority for their blanket sign posting is dubious at best and even more dubious if posted over the objection of registrants“, Judge Treadwell wrote in his order after agreeing that the practice violated the constitutional rights of registrants.

As he promised to do, Sheriff Long has appealed the decision to the 11th Circuit Court. NARSOL along with ACSOL submitted an amicus brief in support of the appellate challenge being led by Georgia attorneys Mark Yurachek and Mark Begnaud.  Last month, NARSOL’s executive director, Brenda Jones, said that NARSOL is confident Judge Treadwell’s decision will be affirmed by the Eleventh Circuit.

The grounds for initiating the lawsuit were in part based on the fact that there is nothing in the state or local law that requires signs to be placed in the yards of registrants. To remedy this lack of legislation, a bill sponsored by State Representatives Steven Sainz(R), Chuck Efstration(R), Barry Fleming(R), James Burchett(R), Martin MomTahan(R) and Marcus Wiedower(R) was introduced to the General Assembly with the aim of making the sign placement and other stipulations part of Georgia’s law. On Thursday HB 720 passed in the House with a vote of 98-63 and is now on its way to the Senate where it has a good chance of passing. The high number of votes in opposition were due, at least in part, to the hard work by NARSOL’s Georgia advocates and other groups in their tireless letter writing campaign.

According to our advocate in Georgia:

Concerned citizens are encouraged to contact Department of Community Supervision Commissioner Michael Nail urging him to publicly oppose HB 720 as it would create a burden on his agency and make our communities less safe.  The Senate Judiciary Committee will be responsible for what happens next.  Many advocacy groups came together in letter writing campaigns, which was instrumental in creating the the significant opposition.  This campaign will only grow stronger as the bill moves through the Senate.

NARSOL fully expected and anticipated this legislative action by the Georgia General Assembly in response to the pending lawsuit, and we understand the concerns that will arise from those affected. However, to sit back and do nothing in the face of a blatant violation to the rights of those on the registry is simply not an option. If one sheriff is allowed to overstep the boundaries of his authority, it would be only a matter of time before every sheriff in Georgia adopted the same policy and expanded its use past just Halloween. NARSOL is determined to not to let that happen for the well-being of all Georgia registrants and their families.

The lawsuit will continue on constitutional grounds, regardless of whether or not HB 720 becomes law. We are confident that we will prevail in court and that any unconstitutional laws passed in retaliation to our legal action will be challenged if they are not struck by the 11th Circuit Court’s decision in this case.

Fred began volunteering with NARSOL as a gatekeeper and correspondent. Later he became involved with the tech committee to help with the development and maintenance of our many website projects. He devotes much of his time to helping the team ensure that NARSOL’s operations are running as smoothly as possible so that we can continue to grow and reach more people.