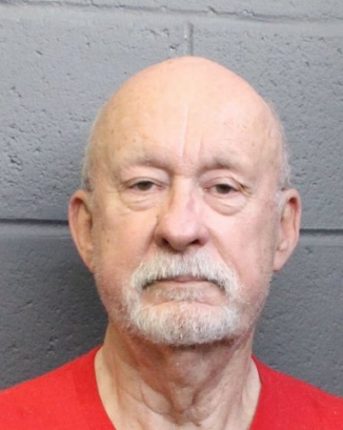 A former Forsyth County Sheriff’s Office captain who was arrested in late April for allegedly violating the terms of his probation for a sexual assault and battery conviction has been denied bond by the Forsyth County Superior Court.

According to Chief Assistant District Attorney Sandra Partridge, Frank Augustus Huggins, 76, was denied bond at a hearing held on Wednesday, June 5 and was ordered to remain in custody until a bond revocation hearing is held later this month.

At a bench trial in March, Huggins was found guilty of sexual assault and battery for touching a 16-year-old girl’s inner thigh in 2016 while acting as her driving instructor.

During the trial, a two-hour dash camera video recording was played in the courtroom which showed Huggins repeatedly touching the girl’s body.

Huggins was later sentenced to 10 years of probation and was ordered to complete 120 hours of community service by Forsyth County Chief Superior Court Judge Jeffrey S. Bagley. As part of his probation, Huggins was required to register as a sex offender and was banned from teaching or having authority over any other person, or from possessing firearms or drugs.

Previously, Huggins served as spokesman and part of the command staff for former Forsyth County Sheriff Ted Paxton from 2001-10 before retiring in 2010 as a captain.

In addition to his convictions for sexual assault and battery, Huggins has been charged with a probation violation, which is a felony under Georgia law.

Partridge said that Huggins’s bond revocation hearing will be held at 9 a.m. June 18.