According to the GBI, Operation Broken Arrow was based around the Valdosta area and took several months of planning to execute.

The GBI says the 14 people arrested range in age from 24-57 and they traveled from areas around South Georgia with the intent to meet a child for sex.

They were identified as:

The Valdosta State University web site lists Walters as the dean of the College of Science and Mathematics.

The GBI says at least one of the people they arrested had previously been arrested on a peeping tom charge, and at least two of the other arrestees had been investigated for sex crimes before.

19 mobile devices were seized as evidence in the operation.

According to the news release, investigators had more than 120 exchanges with people on social media or the Internet platforms. Over 40 cases were established that met the threshold for arrest, and 14 of those cases were concluded with arrests.

The 14 are formally charged with violating the Computer or Electronic Pornography and Child Exploitation Prevention Act of 2007 and/or Trafficking of Persons for Labor or Sexual Servitude.

Additional charges and arrests may be forthcoming. 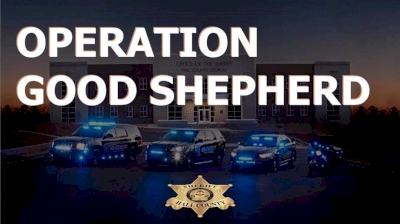 The operation began back in October.

The operation began back in October when investigators began communicating with adults online who thought they were speaking with children. Authorities said they talked to the adults through several platforms including social media and text messages.

The adults who were alleged to be communicating with — who they believed to be minors — range in age from 24 to 47 and are residents of Georgia cities from Lilburn to Cleveland.

Officials said some of them offered money to detectives, who they thought were children, to perform sexual acts and others sent obscene pictures and described obscene sexual acts.

Hall County authorities said they began taking people into custody on Thursday, Nov.21 and the arrests happened nearly daily after that. It came to an end after its final arrest Nov. 27, according to authorities.

“I’m very proud of the efforts of our own Criminal Investigations Division in heading up and executing this operation,” Hall County Sheriff Gerald Couch said.  “I’m confident the hard work of our team and partner agencies in this effort will make the community safer for our children.”

Georgia Internet Crimes Against Children Taskforce (ICAC), the Georgia Bureau of Investigations and Floyd County Police Department were in collaboration to carry out Operation Good Shepherd.

The operation is complete, but authorities said each case remains under investigation and additional charges may occur.

Richard Edward Hazelwood, 49, of Roswell and Austin Wayne Rhodes, 22, and Mahesh Kumar Saroj, 35, of Alpharetta were among the 24 arrested in an undercover Forsyth County child sex sting, Forsyth police say.

Thirty-one mobile phones were seized as evidence during the operation.

The goal of “Operation Just Cause” was to arrest persons who communicate with children on-line and then travel to meet them for the purpose of having sex. Additionally, the operation targeted those that are willing to exploit children by purchasing sex with a minor.

Online child predators visit chat rooms and websites on the internet, find children, begin conversations with them, introduce sexual content and arrange a meeting with the children for the purpose of having sex.

During the multi-day operation, investigators had numerous exchanges with subjects on various social media or internet platforms. Many of those were exchanges in which the subject initiated contact with whom they believed to be a minor and directed the conversation towards sex. In some of those cases, the subject introduced obscene or lewd content, often exposing the minor (undercover) to pornography or requesting the child take nude or pornographic images for them.

Although some websites promote themselves as being for “adults-only” it is not uncommon for law enforcement to work cases in which children access these sites, establish profiles claiming to be older, and then find themselves vulnerable to victimization, harassment, blackmail, or assault.

Several subjects were identified as communicating simultaneously with multiple investigators posing as minors.

The following persons were arrested and charged in Forsyth County as part of “Operation Just Cause”: 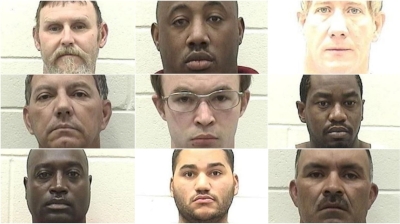 Operation End Game targeted people suspected of communicating with children online and then traveling to meet them to have sex.

ATHENS, Ga. — Nine people have been arrested and charged over a three-day period since last Thursday. Each of them has been accused of traveling from areas around northeast Georgia with the intent of meeting a child for sex.

According to the Georgia Bureau of Investigation, the arrestees ranged in age from 19 to 53 years old. One person was a convicted murderer who had completed his sentence. When another was arrested, he was in possession of firearms and a machete.

The goal of “Operation End Game” was to arrest persons who communicate with children online and then travel to meet them for the purposes of having sex. The operation also targeted those who are willing to exploit children by purchasing sex.

Since 2014, the Georgia ICAC Task Force has arrested more than 130 people in similar operations.

These are the suspects arrested and charged

During “Operation End Game,” more than 25 cases were established that met the threshold for arrest. Nine of those cases were concluded with arrests.

During the operation, investigators had more than 200 exchanges with subjects on various social media or internet platforms. In many of the cases, the subjects introduced the obscene or lude content, often exposing the minor to pornography or requesting the minor to take nude or pornographic images for them.

About half of the exchanges involved websites used for dating, socializing or classified advertisements. Although some websites promote themselves as being for “adults only,” it is not uncommon for law enforcement to work cases in which children access these sites, establish profiles claiming to be older, then find themselves vulnerable to victimization, harassment, blackmail or assault.

Several of the subjects were identified as communicating simultaneously with multiple investigators posing as minors. This confirms what investigators discover during these types of investigations: That many predators specifically seek out minors on such sites and groom them as potential victims for sexual contact.

During the investigation, which began Nov. 1, detectives posed as minors on social media platforms. Authorities said the suspects, ranging in age from 20 to 59, communicated with and solicited sex from who they thought were children.

“In some of those cases, the subject introduced obscene or lewd content, often exposing the minor (undercover agent) to pornography or requesting the child take nude or pornographic images for them,” the GBI said in a press release.

The suspects allegedly traveled around Northwest Georgia with the intent of meeting a child for sex.

The men were charged with human trafficking for labor sexual servitude, and/or under the Computer or Electronic Pornography and Child Exploitation Prevention Act of 2007, authorities said.

A dozen law enforcement agencies worked together on the operation, including the Georgia Internet Crimes Against Children Task Force and the Bartow County Sheriff’s Office.

The names, ages, residences, occupations and charges of those arrested are listed below: