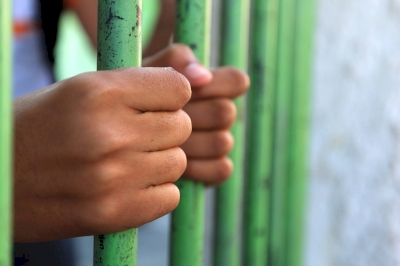 A Georgia House committee Monday recommended raising the age a teenager can be charged as an adult to 18 from 17, setting aside concerns that the change comes at a multi-million dollar cost to state agencies.

The so-called Raise the Age legislation that advanced through the House Juvenile Justice Committee Monday proposes to change the law to allow the majority of 17-year-olds to be processed in the juvenile court system instead of adult court. Treating 17-year-old offenders as juveniles could cost the state an additional $65 million annually, according to a state fiscal note attached to the bill.

That’s on top of a one-time $200 million expense Department of Juvenile Justice officials project it will cost to build four new juvenile detention centers to accommodate the influx of 18-year-olds.

State auditors project an additional $50 million annual operating cost for the juvenile justice agency, as well as another $15 million in new spending for mental health services and state-funded legal help.

Building four new jails shouldn’t be necessary when about 85% of the 17-year-olds are arrested for non-violent crimes and youth detention centers are already under capacity, said Sherrie Jefferson, executive director of the nonprofit African-American Juvenile Justice Project.

Other states have shifted annual costs from their corrections departments budgets into juvenile justice when they increased the age of youthful offenders, Jefferson said.

However, Department of Juvenile Justice Commissioner Tyrone Oliver said at last month’s committee hearing his department’s $200 million estimate is based on the need to add capacity in populated areas where development costs are high.

New York spent $19 million on detention center facilities after raising the age for juvenile courts and offered to cover costs for local governments dealing with financial hardships. Connecticut’s juvenile justice budget decreased from $139 million in 2001-2002 to $137 million a decade later after raising the age to 18 for adult offenders, according to a Justice Institute Policy report.

“When (17-year-olds) are charged as an adult, you’re literally creating not just a school to prison pipeline, you’re adding to the delinquency and criminality of the child going forward,” Jefferson said.

Supporters of the change say when 17-year-olds are charged as juveniles they’re less likely to become repeat offenders with fewer barriers to education, military and jobs as a result of a criminal record.

A recent addition to the legislation is a proposed oversight committee to ease a transition from adult incarceration to juvenile supervision.

The transfer of responsibility for 17-year-olds could take place in 2021, said Rep. Mary Margaret Oliver of Decatur, the lone Democratic sponsor of the bill.

“Nationally the numbers for implementation for ‘Raise the Age’ are not as large in any other state as they were predicted so everybody’s feeling more comfortable about the numbers,” she said.

Georgia, Texas and Wisconsin are the only states where 17-year-olds must go through adult courts and prison systems.

A 17-year-old in Georgia that commits a serious violent crime like a sex offense or armed robbery would still go through the normal adult court system if the legislation becomes law.

Some juvenile court judges and attorney associations like the Prosecuting Attorneys’ Council of Georgia say they will need more resources to handle a higher caseload and services tailored to teenagers.

The strongest opposition to the bill is from the state’s police and sheriffs’ associations, which say rural Georgia counties will get stuck with higher costs of transporting more juveniles to youth detention centers, which can take hours to reach in rural areas.

In 2018, about 6,700 17-year-olds were arrested and as of February this year 66 were incarcerated by the state Department of Corrections.