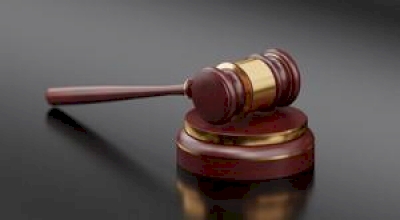 NASHVILLE — Two Berrien County men were sentenced to prison last week for sex crimes against children, according to the district attorney.

Anthony Edward Taft, 23, pleaded guilty to child molestation and cruelty to children, according to a statement released Tuesday by Alapaha District Attorney Dick Perryman. Taft received a 20-year sentence with the first seven years to be served in the Georgia prison system. Taft will be required to register as a sex offender for the rest of his life.

Sidney Harper, 34, pleaded guilty to child molestation, Perryman said. Harper received a 20-year sentence with the first five years to be served in confinement. Harper will be required to register as a sex offender for the rest of his life.

Both men will be required to attend sex offender treatment during their sentences. Both must submit to lie detector tests, which they must pay for out of their own pocket, according to the statement. Once out of prison, both men will be banished from the Alapaha Judicial Circuit of Atkinson, Berrien, Clinch, Cook and Lanier counties for the remainder of their sentences.

“I am proud that these men are being held accountable for their actions and they will spend years behind bars to pay for what they have done. The children of South Georgia are safer with these individuals locked away. The Berrien County Sheriff’s Office, under the direction of Sheriff Ray Paulk, did excellent work in investigating these cases,” Perryman said. “I am proud of my staff for all their hard work and must commend Assistant District Attorney Allen Lawson for all his efforts. It is crucial that we continue to pursue and prosecute these cases for the benefit of our community and the safety of our children.”

Terry Richards is senior reporter at The Valdosta Daily Times.