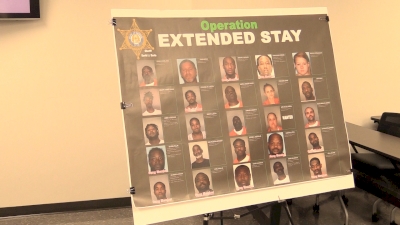 The complaints were about drugs, suspicious activity, sex offenses around hotels in that area.

Davis says the operation began in June, as they seized meth, heroin, marijuana, and crack cocaine for a total street value of about $325,000.

Davis says they plan to move those arrested into “extended stay jails and prisons”.