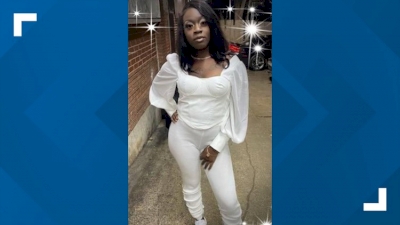 Cocoa McCoy said that she kept trying to tell police the name of the man who might have taken her daughter – the same man now suspected of killing the first woman.

HENRY COUNTY, Ga. — A grief-stricken mother has heard the news she had feared, for months.

Police told her that they identified her missing daughter’s remains – the remains found last week in some woods in Henry County along with the remains of another woman.

They identified her daughter, Conteshia McCoy, 19, through DNA and dental records.

Cocoa McCoy said Wednesday that she kept trying to tell police the name of the man who might have taken her daughter –  the same man now suspected of killing the first woman.

And now, Cocoa is drained. Numb.

“I know at this point I’m tired of crying. I am. Last night I cried myself to sleep,” she said.

Cocoa McCoy’s voice faded, her eyes looking down, as she spoke in her Locust Grove home along with her husband Antonio.

Conteshia’s remains were found next to the remains of 23-year-old Mirsha Victor.

Victor was murdered earlier this month, police say, by a 41-year-old man named Dennis Lane, a convicted sex offender who lives nearby those woods.

Lane is now in jail.

Police have not yet charged anyone in Conteshia’s disappearance and death.

Cocoa McCoy says Lane is the same man who had been stalking Conteshia for weeks, claiming he wanted to marry her, just before she disappeared this past February.

But in the past five months leading up to Mirsha Victor’s death, Locust Grove Police, Cocoa said, never pursued the leads that she gave them – that Lane might be responsible for her daughter’s disappearance.

“And I hate it for the Victor family, that they had to endure that. You know, all this could have been avoided if you (police) would have just went to his house like we kept telling you to do. If you just would have went – you couldn’t save my daughter but you could have saved somebody else child,” she said.

11Alive will work to reach Locust Grove Police for comment.

Conteshia, Cocoa said, was funny, always sending her videos to make her laugh, taking good care of her younger siblings.

She was working to become a hairdresser.

Now, Cocoa knows, she is gone.

But she can’t believe it.

“I just thought she was going to walk through that door,” she said. “And I’ll never see my baby again.”