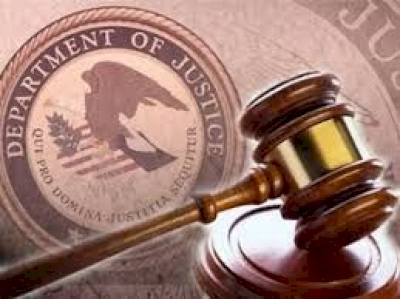 The charges stem from an incident that occurred on May 24, 2020, in a Cherokee County home.

Since the victim has physical limitations, Argueta provided his basic care.

The incident began when Argueta forced the victim into his bedroom, where he performed sex acts on the man against his will for approximately 45 minutes.

The victim was eventually able to get to a neighbor’s residence for assistance and the neighbor called 911. The victim was transported to an area hospital for evaluation and treatment.

During the jury trial, which ended on June 30, the State presented evidence that Argueta forcefully sodomized the victim and that the actions were not consensual. Seven witnesses testified, including Sexual Assault Nurse Examiners (SANE) from LiveSafe Resources who evaluated the victim and documented the injuries he sustained.

“Through our collaboration with LiveSafe Resources, as well as the Cherokee Sheriff’s Office, we were able to conduct a thorough investigation and present a compelling case to the jury,” said Assistant District Attorney Leyna Pope, who prosecuted the case on behalf of the State. “The defendant took advantage of this fragile victim, leaving him frightened, in pain, and desperately needing help.”

The victim told investigators with the Cherokee Sheriff’s Office that despite his best efforts, because of his physical limitations, he did not have enough strength to defend himself during the assault.

At the conclusion of the sentencing hearing conducted on July 22, Chief Judge Ellen McElyea sentenced Argueta to serve 40 years in prison with no possibility of parole, followed by lifetime probation. During probation, Argueta will be subject to sex offender special conditions and may have no contact with the victim.

The crime that Argueta committed on May 24, 2020, is nothing less than despicable. It’s horrifying to imagine the depth of betrayal and humiliation this victim felt after being hurt in this way by someone he once trusted. We are grateful for the Cherokee County jury who endured the graphic evidence and testimony presented during this case. Their verdict ensures that Jose Jaime Argueta will spend decades in prison for his crimes and will not be able to harm another innocent victim.

The Office of the District Attorney for the Blue Ridge Judicial Circuit is committed to seeking justice, acting with integrity, and collaborating with partner agencies in the criminal justice system in order to protect the citizens of Cherokee County and the State of Georgia.