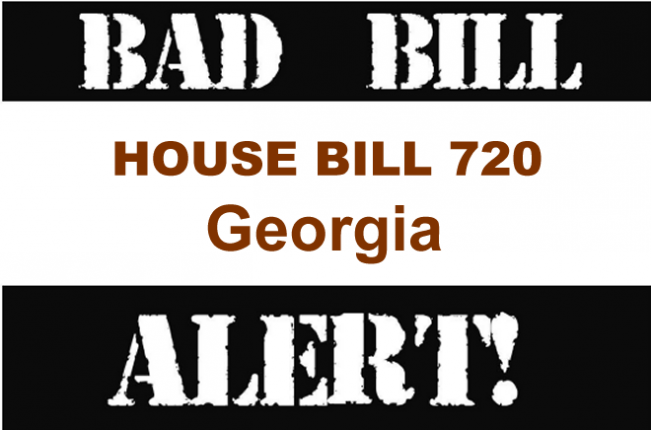 Yesterday in Georgia, House Bill 720 moved out of Committee by a 6-3 vote and is headed to the floor for a vote.  THIS IS A TERRIBLE BILL for registered persons in Georgia.  The intent is to protect the vulnerable citizens of Georgia from roughly 400 Tier 3 registrants that are no longer required to wear an electronic monitoring device (ankle monitor) once they have completed their sentence.  Unfortunately the legislature has chosen to “fix” the issue by introducing legislation that would overwhelm the Department of Community Supervision and impose unnecessary burdens.  In a nutshell, the bill would restrict Judges from deviating from mandatory minimum sentencing, require that lifetime probation be implemented upon conviction of a second sexual offence, remove first offender eligibility for all sexual offenses (it is up to the court’s discretion today), and make it lawful for law enforcement agencies to place Halloween signs.

Rep. Sainz, who is the lead sponsor on this bill, incorrectly stated that “we know that a sexual offender is most likely to reoffend within a period of around five years.”

Here is what this BAD BILL would do:

You can watch a recording of the committee meeting here (Starts at 50:42):

Media coverage of this can be found here: