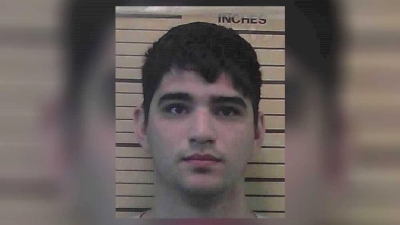 Ex-officer must register as a sex offender after release

A former Richmond Hill police officer has been sentenced to 10 years in prison for luring teen girls to meet him for sex.

Jeffrey Allen Allmond Jr., 25, of Richmond Hill, who was convicted in June by a federal jury on one count of coercion and enticement of a minor, was sentenced to 10 years in prison by U.S. District Court Judge Lisa Godbey Wood, said Bobby L. Christine, U.S. Attorney for the Southern District of Georgia. Allmond also must serve 10 years on supervised release after completion of his prison term, and there is no parole in the federal system.

Evidence presented at trial revealed that Allmond, then a police officer, met two girls, ages 15 and 16, via the Tinder dating app. Allmond then communicated with the girls through Snapchat and arranged to pick them up in the middle of the night outside the gate of Fort Stewart, where the two lived. Allmond then drove the teens back to his apartment and performed sexual acts on both of them. Later that night, Allmond returned the girls near the Fort Stewart gate. Allmond continued communicating with the girls through Snapchat and met up with them twice more at his apartment where he performed sexual acts on them.

The Richmond Hill Police Department asked the Georgia Bureau of Investigation (GBI) to investigate the case and terminated Allmond after initial charges were filed. The U.S. Army Criminal Investigation Command (CID) provided assistance during the investigation.

“This predator disgraced his badge while victimizing the children of our military personnel,” said U.S. Attorney Christine. “His vile behavior earned hard time in the federal prison system, and should send a warning to others who would exploit our innocent citizens.”

“Nobody is above the law, and we salute the GBI, the Richmond Hill Police Department and Assistant U.S. Attorney Groover for doing the right thing by holding this individual accountable for his unconscionable acts,” said Christopher Grey, spokesman for the U.S. Army Criminal Investigation Command. “Our CID special agents, along with the Military Police, go to great lengths to protect and serve the Army community on our installations worldwide, and we sincerely appreciate the backup from our law enforcement partners outside of our gates.”

“This former officer took an oath to serve and protect the public. When someone with whom we have placed our trust violates that trust in this manner, children and the community are damaged,” said Vic Reynolds, Director of the Georgia Bureau of Investigations (GBI). “The GBI will continue to work with our law enforcement partners to ensure all people who seek to harm our children are held accountable.”

“The men and women of the Richmond Hill Police Department are proud to serve their community with distinction every day, and we are satisfied that the outcome of this case demonstrates our agency’s steadfast intent to hold accountable those who violate the law – no matter who they are,” said Richmond Hill Police Chief Mitch Shores.