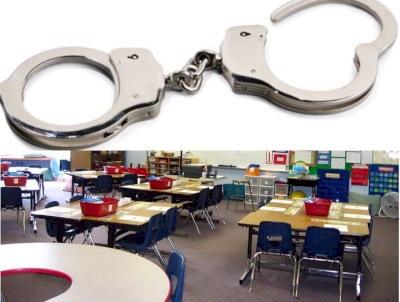 The names of both the student and the mother have been changed in the article below and names of both have been redacted in all documents to protect the privacy of the juvenile. All documentation was given to AllOnGeorgia by the mother and published with express consent.

An incident on a school bus caused by a medical condition has an Evans County mother fighting to keep her autistic son out of a legal system that will indefinitely label him a criminal.

Just four years ago, Beth was fighting the Evans County School System to get Jacob, then 12, placed in special education programs with additional accommodations after moving to the county, but a fast forward on a series of events has Jacob facing a felony criminal charge based on a medical condition that has been twisted into an illegal act. Despite medical evaluations deeming Jacob incomptent, the justice system is trying to rehabilitate him on the basis of his criminal charge.

A Little Bit About Jacob

When Jacob was a small child, he was diagnosed with depression, anxiety, anti-social disorder, auditory delusion, and Autism Spectrum Disorder. He has struggled with ADD and, for years, has taken a combination of different medications including Focalin, Prozac, Abilify, Prozac, and Remeron. He has spent time in the hospital for his conditions.

Jacob has an impeccable long-term memory and a knack for music, but academics have not been his strong suit. He took four years to work through middle school, taking summer school courses each time, but continues to perform at below average markers. His evaluations show weaknesses and his developmental skills are behind the curve. At 16, Jacob struggles to perform basic tasks like counting money, telling time, or working through problem-solving matters. Beth says he still enjoys playing with toys intended for six year olds.

Prioritizing hygiene can be a hurdle for Jacob, which is why his mom has him on the strict regimen for cleanliness. Even still, he struggles with incessant itching and recurring jock itch, which can be severe enough to cause him to bleed, and Jacob uses special soaps and shampoos prescribed by a doctor.

He has a strong attachment to Beth as well and does not like to be away from her for long periods of time. He is polite, but reserved and often wears multiple layers of clothes to shield himself from view. Jacob will not use the bathroom in the presence of anyone else and he had to be removed from sexual education courses in 7th grade because the subject matter upset him.

Jacob has aspirations of becoming an optometrist or a police officer.

Though he struggles academically, Jacob’s tenure in the Evans County School System has been free of discipline or behavioral issues – with the exception of one bout of detention. After Jacob was forced to repeat the 7th grade, Beth was successful in garnering the attention of the school system to have him evaluated to participate in special education classes.

A psychological evaluation conducted by a school psychologist in August 2017 found that Jacob exhibits “significant concerns” in the areas of Generalized Anxiety, Schizoid, Schizophrenia, Major Depressive Disorder, and Dysthymic Disorder.

The pile of documentation from the school system showed and medical providers, among other things, showed several key findings on record since 2016:

All findings are direct quotes from evaluations, IEP plans, and other documents.

Jacob’s teachers, administrators, and school system personnel were all aware of his needs and conditions. Because he is physically independent, Jacob was not placed in full-time special needs classes and rode the bus with all of the kids instead of the bus for special needs students.

Jacob was transferred to the Evans County Second Chance Academy (SCA), an alternative school, in the spring of the 2018-19 school year at the request of Beth. Jacob was not dealing with behavioral issues, as many of the children at SCA are, but Beth thought he would do better in a smaller, less chaotic environment. He struggled with  instances of bullying by other kids which, in one severe instance, led to a formal disciplinary process of two kids in juvenile court.

He was at SCA less than a month before the incident on the bus.

The Incident on the Bus

On April 24, 2019, Jacob was on the bus with a number of other kids. That day, he was wearing two pairs of shorts over a pair of boxers, which, until he got on the bus, had been layered over by a pair of pants. Jacob and another student were in a second row, on opposite sides of the aisle, when the two began talking and making inappropriate comments that were sexual in nature and Jacob was repeating phrases he heard other kids saying at school. The other student asked Jacob to show what color his second pair of shorts were and Jacob lifted the first pair to show him. Their conversation eventually stopped and Jacob began scratching his groin area over his shorts. Jacob then placed his hand inside his shorts to scratch before switching to scratch with both hands. Bus video reportedly shows him watching the other students to make sure that no one sees him scratch, which continues on briefly.

But, the bus driver contacted school administrators, including Tracy Beasley and SCA Principal Dr. Brown, to report an incident involving Jacob on the school bus. The middle school administrators then contacted law enforcement with the bus video, as required by law, who reported to police and system personnel that Jacob was giving a ‘masturbation tutorial.’ The school resource officer responded to document the report, but Jacob was not charged with a crime at the time of the incident. He was, however, immediately suspended from school for a violation of the code of conduct related to ‘sexual misconduct,’ — “No student shall be guilty of molesting another student, indecent exposure, rape or any other overt heterosexual or homosexual act” — pending a disciplinary hearing.

Though it is not legally necessary, the school resource officer also notified the District Attorney’s Office and after a week, Beth received a letter in the mail notifying her that Jacob was being charged with ‘felony child molestation in the presence of minors.”

Jacob never exposed himself or touched anyone else.

Facing expulsion from the school system as a whole, Beth says the disciplinary hearing lasted roughly 10 minutes. Under the instruction of Beth, Jacob admitted in the hearing that the sexual comments he made on the bus were things he now understood were not proper to say, but did not admit guilt to sexual misconduct. Beth explained Jacob’s disabilities, the lengthy documentation, and his medical history, but none were considered. She presented medical documentation showing that Jacob had been suffering from jock itch for 2-3 months prior to the incident. Nevertheless, Dr. Felton found Jacob ‘guilty’ of the violation, but instead of expulsion, Jacob was told he could return to the Second Chance Academy after serving suspension of six days. The discipline for ‘sexual misconduct’ was placed on his permanent record. It was not until the guilty ruling that Beth was permitted to see the school bus surveillance video for herself.

Immediately after, Jacob’s IEP team representatives and those from the discipline hearing appeared for the manifestation hearing. The conduct in question – sexual misconduct- was determined to have a ‘direct and substantial relationship to the child’s disability.’ The school system also found that the behavior was not due to the school system’s failure to meet Jacob’s needs. They also note that Jacob needs to be on a special needs school bus.

The final report from the manifestation determination references another instance of a sexual remark made by Jacob, which he had repeated after hearing it said by another student, but for which he was not disciplined. Second Chance Academy Principal Dr. Brown is quoted in the report saying, “she did not know if he understood what he [Jacob] actually said.”

The same day, a letter is sent by Superintendent Martin Waters who signed off on the ruling of Mary Felton. He tells Beth that Jacob has been found guilty, that he can return to school on May 6, and that bus privileges are revoked for the remainder of the school year. The letter makes no mention of the manifestation determination or Jacob’s disabilities.

The Battle in Court

Following the close of the school year, Jacob and Beth are asked to appear in court on the felony charge in June. A public defender is appointed and when Jacob is asked to enter a plea of ‘guilty’ or ‘not guilty,’ the court finds that he is not competent to do so. A pyschiatrist from Savannah is ordered to evaluate Jacob and he is deemed to be “‘incompetent pending rehabilitation.”

Beth once again shows documentation of a history of jock itch that required medical attention, the lengthy list of disabilities and issues, and the determination by the school system of the manifestation, but the criminal case moves forward even still.

On July 25, 2019, a hearing in front of Juvenile Court Judge Brinson resulted in the appointment of a Guardian Ad Litem for Jacob, which will be responsible for rehabilitating him in conjunction with the Georgia Department of Juvenile Justice where Jacob will be required to take classes related to the crime committed.

What’s Next for Jacob

The hardest part about what’s happening, Beth says, is that Jacob does not understand what is happening or why. He is the one who retrieved the initial letter about the felony charge from the mailbox and Beth says it crushed him. He adamantly denies touching himself in a sexual nature and is still visibly disturbed by discussion of committing such an act. It is also difficult to explain to Jacob how the school disciplinary charge -referencing indecent exposure and rape -and the molestation charge in court can involve touching others when Jacob – and the bus surveillence video – refute any assertions of touching.

Beth says she struggles with how to adequately and appropriately explain the gravity of the situation to Jacob because of his panic attacks and anxiety. His depression makes him more prone to suicide and the criminal charge has the already traumatized Jacob asking why he should continue to live.

The Georgia Department of Juvenile Justice will not formally take on the case with Jacob until a court ruling is issued by Judge Brinson, but officers from the DJJ have already approached Jacob at school. Beth says he constantly worries that he is going to be taken away by law enforcement. Though Beth has asked repeatedly for the charges to be dropped, citing the plethora of documentation indicating that a crime did not occur, she has been unsuccessful.  She is still questioning how they plan to rehabilitate his disabilities.

Jacob is not capable of living by himself, but a court conviction of a sexual offense could mean that Jacob would no longer be allowed to live at home with Beth because she has three younger children. With the recent discussion of rehabilitation or reformative classes, Jacob frequently begs Beth not to let him be sent him away to a hospital.

Last week, like other Evans County students, Jacob went back to school for the new year – a place he once loved, but now hates. The information about the pending felony charge was leaked – with his real name – and it has only intensified the bullying.

Beth says the situation closely resembles a scab. As soon as it settles down, they have to appear in court or have to have a discussion about progress, which sends Jacob into a tailspin. For now, there is no court date set and Beth is working to reach out to advocacy groups for assistance.