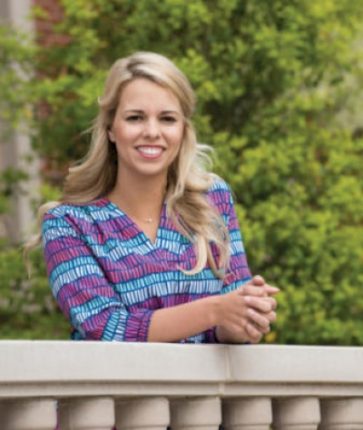 Georgia’s most controversial Constitutional Amendment proposed on the ballot this November is Marsy’s Law – Amendment 4 – which deals with victims of crime and what rights they have.

The measure is part of a national effort to add additional rights and privileges for victims of crime. It’s named after California college student Marsalee “Marsy” Nicholas, who was stalked and killed in 1983 by an ex-boyfriend. It is already codified in state statute. In Georgia, millions have been spent on emotionally-charged television ads in an attempt to sway voters to vote in favor of the Amendment.

One of the greatest criticisms of Amendment 4 is that it’s already a state statute, meaning a formal written enactment of a legislative authority that governs a state. Typically, statutes command or prohibit something, or declare policy. Proponents of Amendment 4 have denied that the provisions in Marsy’s Law are already in Georgia code.

So let’s take a look at the law.

Title 17 of the Georgia code deals with criminal procedure and chapter 17 deals specifically with the Crime Victim’s Bill of Rights. You can see it in its entirety here.

Among the most important aspects of the Chapter is OCGA 17-17-1, which reads:

In fact, the Crime Victim’s Bill of Rights actually seems more expansive than the Constitutional Amendment, providing for restitution and an unreasonable delay in proceedings. Of note is that one of the criticisms from law enforcement, prosecutors, and defense attorneys is that a Constitutional Amendment would actually slow down the proceeding process by ensuring the Constitutional rights provided by victims would be guaranteed, as the process of protecting Constitutional rights is more elaborate and time consuming due to the fact that there is legal and financial recourse for people who have their rights violated.

To take it a step further, per the Georgia code, the section already applies to:

If that’s not enough, OCGA 17-17-5 requires, by use of the words “All victims, wherever practicable, shall be entitled to notification…” of all of the things Marsy’s Law seeks to implement. The only caveat is that the victim must maintain an updated phone number and mailing address with the courts. If someone is so concerned, I don’t feel that’s too much to ask.

In addition to what I’ve already outline, Chapter 17 of Title 17 of the Georgia code outlines a concise list of steps the state is required to take to keep victims informed.

And finally, these rights apply to victims, and in the event of the death of the victim, their spouse and/or family members. The Criminal Justice Coordinating Council has even put together a full declaration of victim’s right which details how extensive the Bill of Right’s policy already is, which I’ve included at the bottom of this article.

This Constitutional Amendment would actually provide more rights for victims than it would for anyone else under the law, including the accused which is only exacerbated by the fact that it will be in the Constitution.

This is more about recourse for victims than anything. The state law, which is already in place, that requires notification doesn’t have a pathway for victims to actually gain anything if they are not notified or something happens. This would allow for claims of a violation of their constitutional rights should the court system fail to notify them. It sounds nice, but I still feel strongly that this isn’t the intended purpose of our Constitution.

I’ve written extensively explaining seven other reasons I’m against the Amendment. You can read that below.

COLUMN: Why I’m Voting NO on Georgia’s Amendment 4 – Marsy’s Law