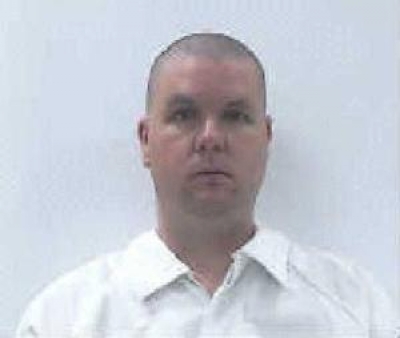 A Cobb judge has denied a request for retrial for the Cobb County man convicted in 2016 of murdering his toddler by deliberately leaving him in a hot car two years earlier, a decision the defense says they will appeal.

Mitch Durham, the Marietta attorney representing Justin Ross Harris, declined to comment on the case or the ruling Monday, but told the MDJ he would appeal Cobb Superior Court Judge Mary Staley Clark’s decision to the Georgia Supreme Court.

Clark shot down the request for a new trial late last week, after Durham contended his client’s original trial was improperly conducted and he deserved a new day in court. Harris was sentenced to life in prison after his conviction.

Clark’s more than 70-page order is simply a list of claims made by Harris’ legal team on why he should be given a new trial and responses from the court explaining why it had not erred. Oral arguments in the appeal were presented during hearings in December and March, according to Clark’s order.

Among Clark’s responses in her order denying the motion for a new trial, the judge maintains that evidence presented in the case was “sufficient to sustain Harris’ convictions beyond a reasonable doubt.”

Following his 2016 trial, Harris was convicted of malice murder and sentenced to life in prison without parole. He was also convicted of felony murder, cruelty to children, and distribution of obscene materials to a minor.

“(It) was never in dispute that Defendant left his 22-month-old child in a hot car all day on June 18, 2014 and that the child died of hyperthermia. The issue in dispute was whether Defendant did this accidentally or intentionally,” Clark’s order reads. “The State provided evidence of Defendant’s actions throughout the day of the murder which were sufficient for a jury to determine that he had acted intentionally.”

The order goes on to describe Harris’ relationship with a 17-year-old girl, which included sending sexual messages and explicit photos. Clark also struck down in the order the Harris team’s calling for counts related to child sex crimes to be dropped.

Harris’ appeal says he should have been separately tried for the alleged sex offenses that catapulted the case from notorious to scandalous. Harris was revealed to have conducted multiple extramarital affairs while married to his then-wife, Leanna Cooper. The prosecution charged that Harris’ motive for the killing, in which he left Cooper Harris in the car for seven hours, was to start a new life free from the burdens of his wife and child. Clark’s order said sufficient evidence of those claims was also presented, and the court did not violate Harris’ rights in holding one trial.

Much of an appeal hearing in December was devoted to the testimony of Dr. David Diamond, a neuroscience professor at the University of South Florida who has studied what causes parents to accidentally leave their children in cars. In 2016, Clark, who also presided over the trial, ordered Diamond to hand over as evidence notes he had taken during meetings with Harris. That order, Harris’ appeal said, was an improper use of discovery laws that tainted the trial.

To that, Clark’s order responds, since Diamond intended to base his expert testimony on Harris’ situation being “consistent with a ‘failure of memory systems,’” the prosecution was entitled “to know exactly what Defendant said to Dr. Diamond that led Dr. Diamond to opine that expert opinion.”

The defense’s decision in 2016 to not call Diamond to the stand after his notes had been revealed meant the defense “waived this error,” Clark wrote.