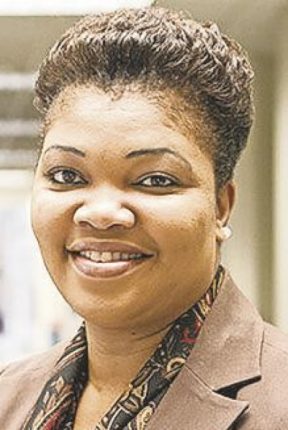 After listening to both Rome police and a representative from RedSpeed USA, Rome City Schools decided to hold off on voting to approve the installation of speed cameras in front of Rome High School until they can discuss it further.

Greg Park with RedSpeed USA, along with Rome Police Department Chief Denise Downer-McKinney and Capt. Chris DeHart, had a 30-minute question and answer session with school board officials during Tuesday night’s caucus at the city schools’ central office.

Board members aired their concerns and asked questions about when the cameras will be operational, how the tickets will be enforced and why Rome High School was chosen.

“I have had more people ask me about this than anything I’ve had since I’ve been on the school board,” Will Byington, city school board member, said.

DeHart told the school board these cameras were necessary for the stretch of highway in front of Rome Middle and High due to the number of wrecks recorded since January. The 2-mile stretch of road between the Ga. 53 intersection and Riverside Parkway has seen over 100 wrecks with one of them resulting in a fatality, DeHart said. Rome High School sits in the middle of the corridor and with the cameras law enforcement should see a decrease in those numbers, he said.

Board Member Elaina Beeman questioned the nine-hour study conducted by law enforcement and RedSpeed USA, which documented 274 motorists traveling at least 11 mph over the speed limit of 45 mph. Beeman said she and others she has talked to feel like this study is targeting the students and families of the schools.

DeHart replied while some students may get ticketed, the main focus is to get people to slow down. If the schools can’t get the kids to slow down and neither can the parents, then it is up to the police, he said. Also, DeHart pointed out, city police only have six officers covering school zones with seven schools needing the coverage.

“Speeding in front of a school is dangerous,” he said. “People don’t like being told that they cannot do something.”

Tickets will only be issued during school hours, Park said, beginning an hour before school begins and ending an hour after it ends. The high-tech cameras will run 24/7 and can notify police of drivers who are wanted by police, potentially violating restraining orders by being too close to the school or if they are a registered sex offender.

Police would be able to live-stream the cameras or play them back at any point necessary.

If a speeding violation is registered, it will be sent to RedSpeed USA who will review it twice and then send the video footage and license plate photo to the police. The police will then decide whether or not a ticket should be issued.

Park said in response to a question from Jill Fisher, vice chair of the board, that once a ticket is sent, drivers will also have access to the video and photo evidence against them. They will have the option to pay a $75 fine or have their violation tried like a normal ticket.

“Which you have every right to do,” Park said. “Only about 3% take that option though.”

DeHart said the fine is much less of a penalty than if an RPD officer pulled a speeder over in a school zone. Officers can write tickets for 1 mph over the limit he said, and the tickets written by an officer put points on licenses, which usually results in raised car insurance costs.

This program puts no points on a driver’s license nor affects insurance costs and will only ticket speeders for going 11 mph over, Park said.

“So, is this a cash cow or a speed trap,” board member Alvin Jackson asked.

RedSpeed receives the money from the citations and takes 35% for their services and sends the remaining 65% to law enforcement for public safety purposes only. The cameras have been approved by the Georgia General Assembly and are being used in other counties as well, Park said.

If approved by the Rome City School Board, a permit from the Georgia Department of Transportation would need to be granted. State law requires RedSpeed USA to post warning signs for 30 days before tickets can be written. However violators will still get warnings by mail.

DeHart said if this program is successful and a reduction in speeders is seen, the department will consider moving the cameras to in front of Main Elementary, which was not in operation when the study was done.

City school board members decided to wait until the next board meeting before they vote on allowing or denying the cameras.

Beeman said she wants to see the study before she makes a decision.